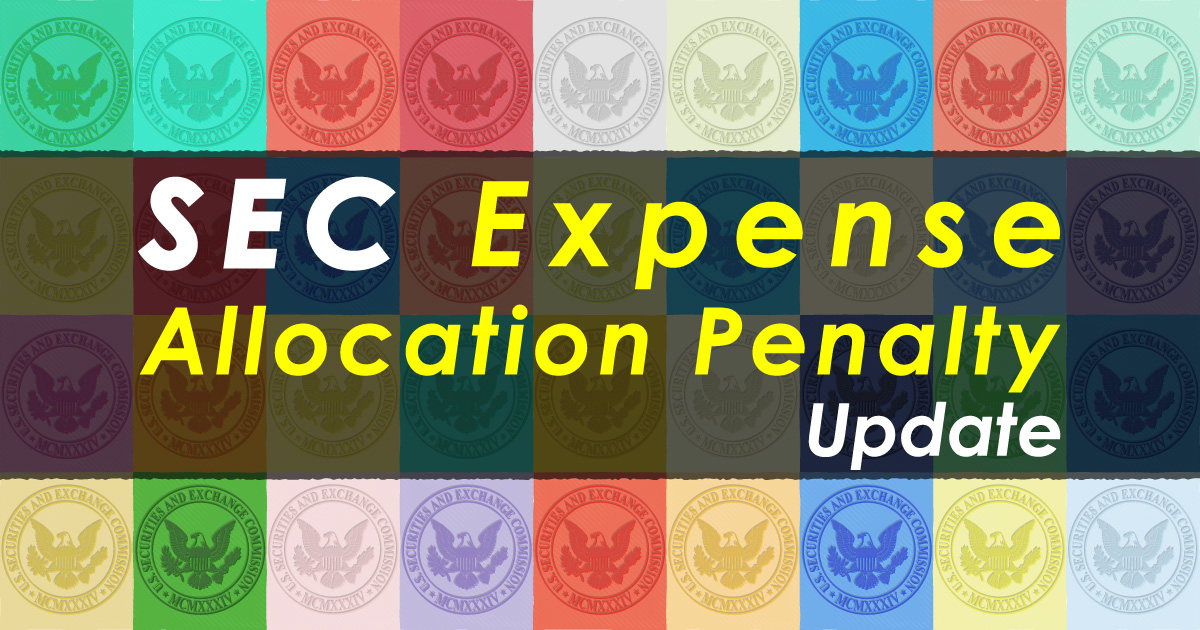 Nearly a decade after its landmark speech on expense allocation, the Securities and Exchange Commission continues to spread sunshine in private equity. We’ve summarized the SEC’s most recent public misallocation settlements below.

Energy Capital Partners is a New Jersey-based private equity advisor. In 2017, Energy Capital began negotiations to acquire a target portfolio company. Energy Capital funded the deal with its funds, a pool of third-party investors, and a temporary bridge credit facility. The transaction successfully closed in 2018.

The SEC censured Energy Capital and ordered it to pay a civil penalty of $1 million. The commission noted its decision considered Energy Capital’s full reimbursement of the misallocated expenses.

Rialto Capital Management is a private equity fund manager based in Miami, Florida, with approximately $4.8 billion in AUM. Rialto’s partnership agreements allowed it to allocate certain accounting, legal, and other third-party tasks Rialto performed internally to its funds. Before fund reimbursement, Rialto was also required to provide the fund’s advisory committees with a fee schedule indicating that Rialto’s costs for performing the third-party tasks were at or below market rate.

The SEC found Rialto miscalculated allocations between 2012 and 2017, disproportionally allocating expenses and overcharging various funds $3 million in total. In addition, while Rialto demonstrated its rates were “at or below market” in 2012, it failed to update its analysis supporting this claim for subsequent years, despite stating so to the fund’s advisory committees.

The SEC censured Rialto and ordered it to pay a civil penalty of $350,000. The commission noted Rialto’s prompt and full remediation efforts in its decision.

The SEC requires advisors to “adopt and implement written policies and procedures reasonably designed to prevent [misallocation].” Rialto and Energy Capital had written allocation policies, but their employees failed to follow them – not for reasons of malintent but ignorance or expediency. Which raises the question, what good is a written policy if it isn’t reliably enforced?

Once again, the SEC has stated the calculation and allocation of expenses as an exam priority for 2022. Managers should ask themselves how confident they are in their allocation policies and procedures – specifically, their means of enforcing them. Because, for managers relying solely on administrative controls, a misallocation is not a matter of if, but when.